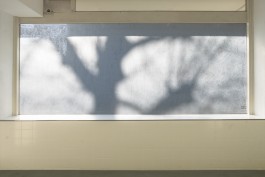 This exhibition at the project space of Motel Spatie is the result from an investigation period by (Bram) Kuypers & (Lennart) de Neef, in the surrounding area of Motel Spatie: the neighbourhood and the shopping mall named 'Presikhaaf' in Arnhem. The project-space at Motel Spatie was their temporary base, from where they observed and evaluated the area, which led to new works.

The work that is shown by Kuypers & de Neef  is a reflection on the film between the hyperreality of shop windows en the public that has to be seduced. By an inspection of this facade, Kuypers & de Neef are guessing the hidden world behind the presented. By playing with material forms of traditional shop windows, like light boxes and blindings, the artificial form of shop windows is being deconstructed and re-deployed. 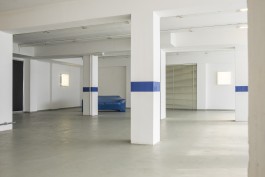 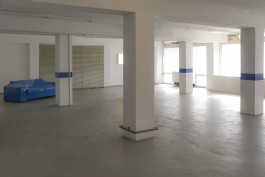 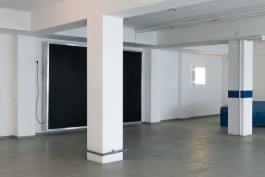 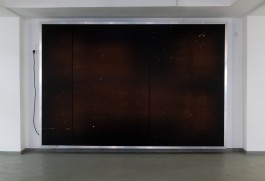 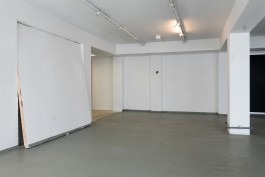 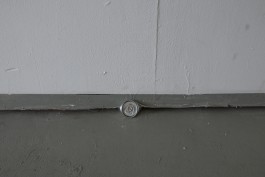 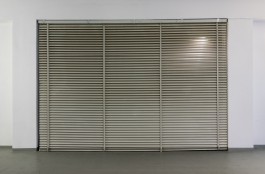 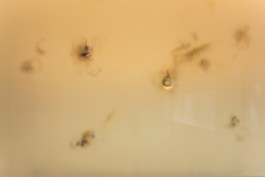 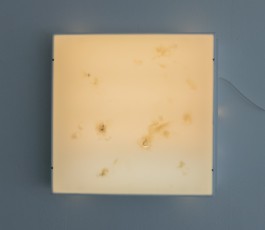 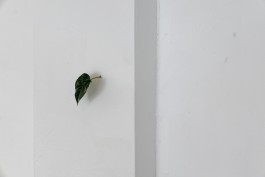 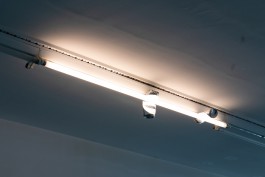 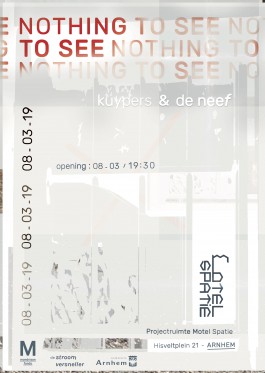